Problem (in 1991) : Oil Fires generating tons of thick oil smoke every minute, polluting the Himalayas thousands of miles away. 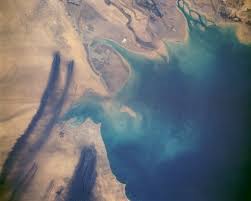 Team: Dilworth Design rapidly assembled a team of 25 volunteer scientists and engineers to provide solutions. The team diagnosed the problems, mapped out a solution and came up with about a dozen ideas. This dozen soon distilled down to a single idea – Concrete Pencils.

Concrete Pencils would plug the oil gushers and withstand the roaring heat of the oil fires during emplacement. They are cheap and rapid to cast nearby. They would be dropped in place with cranes already in the area.

We have gathered the support of a few notable people:

Mr. Packard asked that we use his name and send the report to:

Mr. Vreeland called me to report – He and Ambassador Mack had “passed the report to the Kuwait people with recommendation that it be considered with all possible urgency”.

David Brower asked us to contact Jimmy Carter, Al Gore, Jacques Cousteau, and Robert MacNamara. (I subsequently learned that each of them considers Mr. Brower a hero.)

We made all the contacts suggested above.

Myth 1: The air pollution from the fires is not as bad as we thought.

Truth 1: Because of the oil fires, tiny Kuwait is equal to the United States as a global air polluter.

“This is the most intense burning source, probably, in the history of the world.” – NASA expert in Biomass Burning – Joel S. Levine in Scientific American.

Myth 2: The problem is technology.

Truth 2: The Obstacle is Politics. A quick end to the fires requires two hurdles be removed –

Lack of Political Will and Lack of Organization:

a. Lack of political will on the part of Kuwait, the U.S. and the U.N.

b. Lack of organizational ability on part of Kuwaitis.

“Many observers now believe the primary obstacle to a faster cleanup is the Kuwaiti government itself. The government simply seems unable to mobilize the needed financial, technical and logistical resources quickly enough to get things moving…” – Howard Ris, Executive Director – Union of Concerned Scientists in the Summer issue of Nucleus (journal of UCS).

Myth 3: The worlds experts are on the job.

Truth 3: The experts on the job have never worked on anything of this magnitude before. Previous to Kuwait, the most number of fires any company has fought is three (3). There are at least 520 fires blazing.

They are learning on the job. The experts could greatly increase their total effectiveness by teaching the U.S. Army Corp of Engineers their methods.

Myth 4: The work takes extremely highly trained workers. Its not possible to train anyone.

Myth 5: All the wells are being worked on as much as possible.

Truth 5: A maximum of 5-7 wells are being worked on at any one time. 500+ are not even monitored. Originally, teams of additional firefighters were to be trained. That’s being ignored.

“There’s enough room for 10 sets of teams to work without stepping on each others toes.” – Matt Wald, New York Times

Myth 6: The Fires are being put out at a tremendous rate.

Truth 6: Although the number of fires put out rises, why does the number remaining ablaze stay at about 520?

Myth 7: The Kuwaitis want the fires out ASAP.

Myth 8: The Saudis, Americans and other countries want the fires out ASAP.

Truth 8: Every other oil producing country profits the longer Kuwait’s ability to pump oil is diminished.

Myth 9: The firefighters want the fires out ASAP.

Truth 9: Hmm. Firefighters are being paid $1000 per day. The longer it takes the more money they make.

Soon after we had reached the influential people, there was a dramatic increase in the amount of money, people and effort for the cleanup.

While it may be a complete coincidence, to this day I cannot tell how much, if any, influence our team’s efforts had. Nevertheless, I suspect that, along with many others, we helped light a few metaphorical fires of our own and did help kickstart the cleanup surge.

PS It is rather flattering how NOVA’s special “Hell Fighters of Kuwait” follows our Plan remarkably closely, almost as though they used our Plan as a script (which I had sent to NOVA’s Paula Apsell in June 1991).